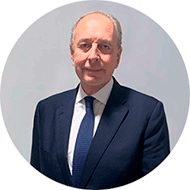 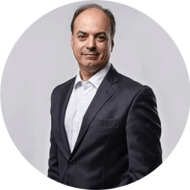 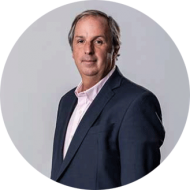 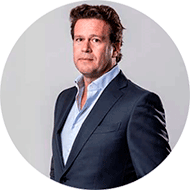 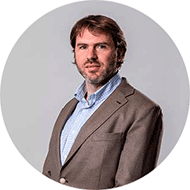 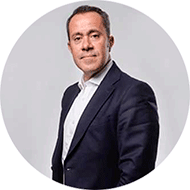 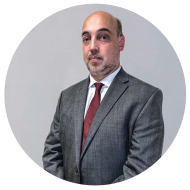 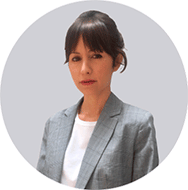 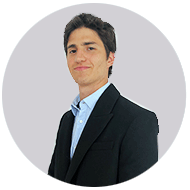 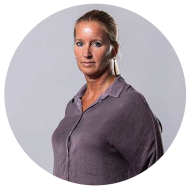 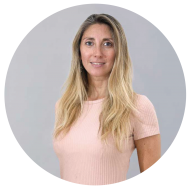 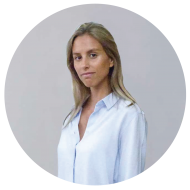 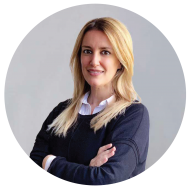 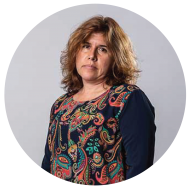 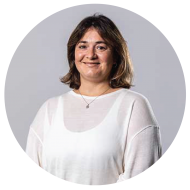 José Luis Manzano is an Argentine businessman with a deep understanding of Latin American public policy and global emerging markets. He possesses significant experience in the investment, media, energy, and distress industries. He speaks frequently across the world on these issues.

Dr. Manzano and his family are relevant shareholders of Phoenix Global Resources, a company engaged in the exploration and production of oil and gas with activity in Argentina. PGR is listed in the London Stock Exchange, AIM Market, and the Stock Exchange of Buenos Aires produces 10.000 barrels of oil per day, and has more than 60 million barrels of proven reserves and 300 million barrels of unconventional resources. Dr. Manzano is also a relevant investor in Interoil, an exploration and production company listed in the Oslo stock exchange that produces 3500bopd in Argentina and Colombia.

In relation to the media industry, Dr. Manzano co-founded and is a shareholder of Grupo America, the second largest media group in Argentina. The group owns TV stations, news channels, radios and newspapers, including America Tv, the national leader on live television, and El Cronista Comercial, the more prestigious business and finance newspaper of Argentina and radio La Red, the leader in sports and news.

In mining, Integra has invested extensively in uranium exploration in the province of Chubut in Argentina and in lithium in Jujuy and Catamarca, at the lithium triangle where is developing over 400.000 has.

Dr. Manzano is a relevant donor to several educational organizations and charities. He is the President of Universidad de Congreso, where he is actively involved in academics and research activities. He has developed activities with the climate change organization of Novel Awards Al Gore and the Clinton Global Initiative. He is also active with the UK Argentinean Chamber of Commerce and the Cámara de Comercio Argentino Norteamericana. He is a sponsor of the Chinese House of Culture in Buenos Aires. He was a member of the B20, the business group in support of the G20 Argentine presidency. Dr Manzano is a regular participant of the activities of the Council of The Americas and the Americas Society.

Since 2019, Dr Manzano is the Chairman of the European Chapter of the Eisenhower Fellowships.

Furthermore, he advises and cooperates with IPS Latin America and IPS Consortium, a global news agency member of the UN system of which the University of Congreso is one of the anchor institutions.

Dr. Manzano received his Medical Doctorate and his Post Degree specialization in Occupational Health from the National University of Cuyo. He has been a Visiting Scholar at both Georgetown University and the University of California at San Diego. He has received an International Business Certificate and an International Finance Certificate from Georgetown University. He has received a diploma in Leadership from Oxford University and lectured at prestigious universities in Argentina, Japan, Europe and the United States.

Nicolás Mallo Huergo graduated as a lawyer from the Universidad Católica Argentina in 1993 with a law degree, and obtained a Master in Law (LLM.) with honours at Northwestern University School of Law, Chicago, U.S.A., in 1999.

He has been a Director of local and foreign companies, enterprises, representing sponsors, lenders, multilateral institutions and investors, telecom, water, transport and other infrastructure projects (debt and equity).

He also has wide experience in litigation before the Civil and Commercial Courts. He was appointed to the National Courts of Buenos Aires, working as a clerk between 1990 and 1993. He has handled complex commercial lawsuits in a wide range of areas, including insolvency proceedings, antitrust, banking and finance, bankruptcy, environmental, insurance, intellectual property, international trade, and product liability.

He was admitted at the Bar of the City of Buenos Aires in February of 1994 and he is a member of the Colegio de Abogados de la Ciudad de Buenos Aires.

German Ranftl is a Public Accountant from the University of Buenos Aires graduating in 1990 and has a Masters in Business Administration from CEMA. He spent nearly 11 years in the banking sector, including eight years at ING Barings as a Vice President in Corporate Finance and Investment Banking, previous to that he had work for Bank of Boston. Since 1998 and for five years he was CFO of Supercanal SA the third largest cable company of Argentina with also operations in Spain, Bolivia and Dominican Republic.

After that period of time he was Vice President of Integra Investment SA a consulting firm with many international and Argentine transactions in M&A and Capital markets and debt restructuring. In 2007 he was appointed Chief Financial Officer of EDEMSA and restructured a debt of USD 160 MM, consequently Edemsa was part of a reverse takeover of a listed company in AIM London Stock Exchange and German was CFO of that listed company for 11 years, mainly Andes Energia PLC was primarily operating EDEMSA and HASA, electrical distribution of Mendoza Province, Hydro electrical Plant 60 MW and oil areas in Argentina and Colombia, that have been acquired by International Bidding process.

Pablo Tarantini has accumulated a broad professional experience in the mining industry. For two years, he has served as Executive Director of the Argentinian Bureau of Investment and International Trade, coordinating investment initiatives, and contributing with his vast experience in several industries and countries. In that role, Mr. Tarantini worked together with mining companies settled in the country and supported the promotion of the mining activity in Argentina, along with the Argentinian Secretary of Mining.

He has served as President and Executive Director of SAPISA and Minera Don Nicolás, an Argentinian private fund and one of its investments in the mining sector, respectively. Minera Don Nicolas is the first mining project based on Argentinian capital. He has also served as M&A Director at General Electric and Advent International Corporation for Latin America, and as Manager at A.T. Kearney. In all these roles, he carried out businesses and projects at the regional level.

Claudio Martinelli is a public accountant and has an MBA from the Universidad Torcuato Di Tella. He also has a certificate in Financial Planning & Analysis from Rice University, Houston.

Martinelli accumulates more than 10 years in the area of administration and finance in the Oil & Gas industry. Since 2018 he has been the director of Hidroeléctrica Ameghino SA.

Pedro has accumulated more than 20 years’ experience in the practice of corporate law, M&As and contracts in the oil & gas and natural resources industries. He has participated in landmark cross-border M&As and in some of the largest debt-restructurings that have taken place in Argentina.

He is currently assigned by Alfaro Abogados on secondment as in-house counsel to Integra Capital, where he provides advise on M&A transactions, and day-to-day operations in the oil & gas and mining sectors.

Javier Alvarez is an Agricultural Engineer (Universidad Nacional del Litoral Argentina) and has an MA in Environmental Politics and Globalisation (Kings College UK) with more than 25 years experience in project development with an important proven track on natural resources projects in Latin America, Africa and Europe working with international organizations, national and local governments and corporations (from sectors such as Oil & Gas, agribusiness and public services).

Javier founded in 1992 Fundacion Habitat & Desarrollo which became a large national NGO dealing with biodiversity conservation and CSR projects, he was the CEO of the Foundation, member of the IUCN – The World Conservation Union – for more than a decade. He later worked for an international Foundation based in London with a special focus on Africa.

He was Executive Director of the British Argentine Chamber of Commerce BACC from 2007 to 2011 and he has been a Director of the BACC since then. In 2012 Javier joined Andes Energia plc board as a Non Executive Director and currently continues his role of Director in the renamed company: Phoenix Global Resources plc. Additionally he has been working for Pamar Construcciones since 2014 and more recently on projects for Integra Cultural Industries, with a special focus on initiatives with Chinese state owned companies partners.

Cecilia Aversa is a Ph.D. in Political Sciences (UCA- Universidad de Salamanca- University of Pittsburgh). She served the Ministry of Science, Technology and Innovation of the Argentine Republic for more than a decade as Counselor for International Relations, representing the country at the European Commission, United Nations agencies and the OECD.

Afterwards, Cecilia became a member of the Cabinet, and led Big Data, Internet of Things, and Artificial Intelligence initiatives. Before joining Integra, she was appointed General Manager of the first Innovation Lab of Argentina in the Space Sector, and furthermore supported collaboration with NASA, ESA, ASI. In 2020, she assumed her current role as Managing Director of Innovation at Integra Capital S.A., and member of the Board of Directors of Integra Linthium. Cecilia is also a Professor at the Catholic University, and was awarded Eisenhower Global Fellow ‘17.

Justo Bensusan has a degree in Economics from the Salvador University in Argentina, where he did an exchange program at the Université Paris Dauphine.

He currently works as an analyst at Integra and he previously worked for the accounting team of Selva María Oil & Gas.

She has specialized in Bankruptcy Proceedings, as well as in Litigations. Currently and with a trajectory of more than a decade, she is focused on the Energy Sector, especially on the Oil & Gas activity, in Argentina and abroad.

She has also been part of Andes Energia PLC Board of Directors as non-executive director, and currently is the Chief Legal Counsel of Interoil Colombia Exploration & Production, acting as well as its Legal Representative.

Laura Marmol has served eight years as a corporate lawyer with Argentinian oil & gas companies¸ assisting in due diligence processes for potential mergers and in bidding processes for oil blocks awards. She has previously worked at several law firms in the City of Buenos Aires. She also leads Integra´s translation division specifically engaged in the English ˂ ˃ Spanish translation of the documents required for the full performance of the transactions carried out by the company abroad.

Carmela Saccomanno is a communications and institutional relations professional. She graduated from Austral University, Argentina, as a Bachelor in Media & Communications with a specialisation in journalism. She has obtained her Master’s Degree in Digital Management at Hyper Island, Teesside University, United Kingdom.

She has completed her non-executive director studies at the Institute of Directors, United Kingdom. Miss Saccomanno has worked in communication strategies in different Oil & Gas and natural resources companies. She has experience in coordinating geographically distributed teams in remote collaboration through leadership skills and digital instruments.

Maria Mercedes Demasi holds a Bachelor’s Degree in Journalism and Institutional Relations from Universidad de Palermo. She has a Master in Digital Media from Universidad Pompeau Fabra of Barcelona.

She has been working in the area of Institutional Relations and Relationships with Investors for 15 years. During the last 10 years, she worked for Andes Energia PLC, a company engaged in the exploration and exploitation of oil, which is listed on the AIM Market of the London Stock Exchange and the Buenos Aires Stock Exchange.

In this position, she was responsible for the Relations with the Market for Argentina, where she acquired broad experience in public companies and its regulations.

Natalia Garcia graduated in International Relations, UC. She has obtained a MBA degree from CEMA University and has a Master in International Business Relations, UNTREF. She was an advisor in the Custom Administration. Since 2003 she has coordinated the management and finances of the different companies of the holding. Relationships with banks and financial entities.