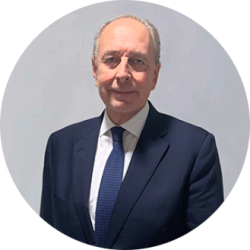 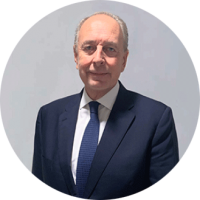 José Luis Manzano is an Argentine businessman with a deep understanding of Latin American public policy and global emerging markets. He possesses significant experience in the investment, media, energy, and distress industries. He speaks frequently across the world on these issues.

Dr. Manzano and his family are relevant shareholders of Phoenix Global Resources, a company engaged in the exploration and production of oil and gas with activity in Argentina. PGR is listed in the London Stock Exchange, AIM Market, and the Stock Exchange of Buenos Aires produces 10.000 barrels of oil per day, and has more than 60 million barrels of proven reserves and 300 million barrels of unconventional resources. Dr. Manzano is also a relevant investor in Interoil, an exploration and production company listed in the Oslo stock exchange that produces 3500bopd in Argentina and Colombia.

In relation to the media industry, Dr. Manzano co-founded and is a shareholder of Grupo America, the second largest media group in Argentina. The group owns TV stations, news channels, radios and newspapers, including America Tv, the national leader on live television, and El Cronista Comercial, the more prestigious business and finance newspaper of Argentina and radio La Red, the leader in sports and news.

In mining, Integra has invested extensively in uranium exploration in the province of Chubut in Argentina and in lithium in Jujuy and Catamarca, at the lithium triangle where is developing over 400.000 has.

Dr. Manzano is a relevant donor to several educational organizations and charities. He is the President of Universidad de Congreso, where he is actively involved in academics and research activities. He has developed activities with the climate change organization of Nobel Awards Al Gore and the Clinton Global Initiative. He is also active with the UK Argentinean Chamber of Commerce and the Cámara de Comercio Argentino Norteamericana. He is a sponsor of the Chinese House of Culture in Buenos Aires. He was a member of the B20, the business group in support of the G20 Argentine presidency. Dr Manzano is a regular participant of the activities of the Council of The Americas and the Americas Society.

Since 2019, Dr Manzano is the Chairman of the European Chapter of the Eisenhower Fellowships.

Furthermore, he advises and cooperates with IPS Latin America and IPS Consortium, a global news agency member of the UN system of which the University of Congreso is one of the anchor institutions.

Dr. Manzano received his Medical Doctorate and his Post Degree specialization in Occupational Health from the National University of Cuyo. He has been a Visiting Scholar at both Georgetown University and the University of California at San Diego. He has received an International Business Certificate and an International Finance Certificate from Georgetown University. He has received a diploma in Leadership from Oxford University and lectured at prestigious universities in Argentina, Japan, Europe and the United States.