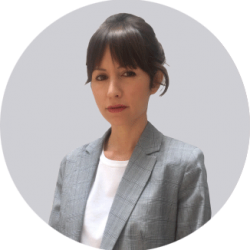 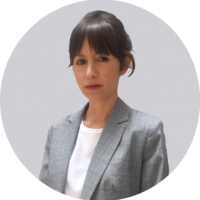 Cecilia Aversa is a Ph.D. in Political Sciences (Catholic University- University of Salamanca- University of Pittsburgh). She served at the Ministry of Science, Technology and Innovation of the Argentine Republic for more than a decade as Counselor for International Relations, representing the country at the European Commission, United Nations agencies, and the OECD.

Afterwards, Cecilia became a member of the Cabinet, and led Big Data, Internet of Things, and Artificial Intelligence initiatives. Before joining Integra, she was designated General Manager of the first Innovation Lab of Argentina in the Space Sector, and supported collaboration with NASA, ESA, ASI. In 2020, she assumed her current role as Managing Director of Innovation at Integra Capital S.A., and became Member of the Board of Directors of Integra Lithium.

Cecilia is also a Professor at the Catholic University, was awarded Argentinian Eisenhower Global Fellow ‘17, and associated to the Eisenhower Fellowships Selection & Mentoring Committee. In 2018, she was appointed Member of the distinguished Board of Directors of the Argentine- North American Cultural Institute (ICANA).